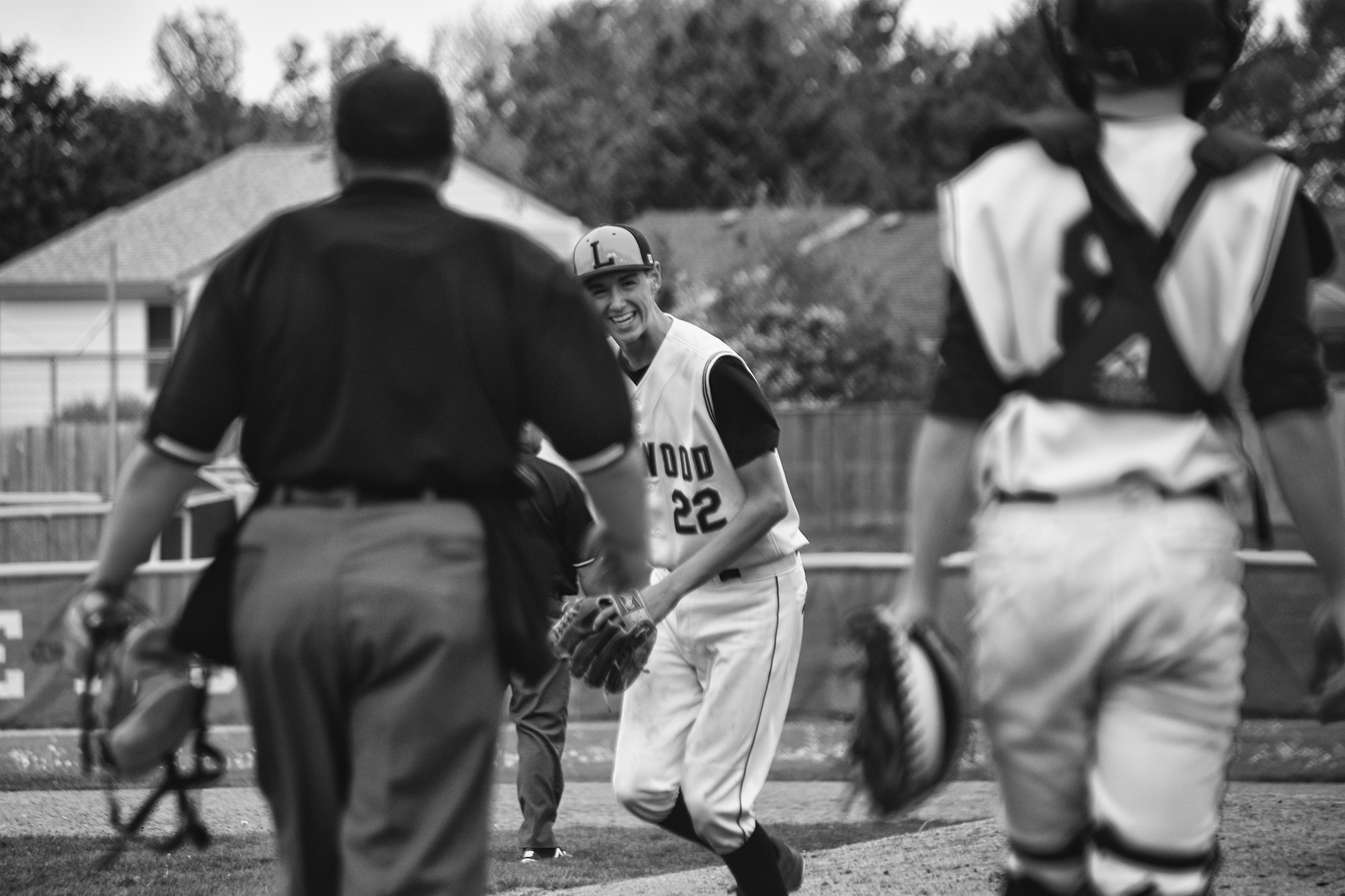 The smile on his face tells the whole story. He doesn’t look like this “when” he’s pitching. When he’s pitching he looks focused and determined. But this is always what he looks like when he’s just given it everything he’s got and they’ve won the game.

A few years ago before he could drive I was taking him to baseball practice one day and he said, “Dad, I just love baseball.” I asked, “I know you do bud but what’s making you say that right now?” He responded, “When I am on the baseball field I just feel free.” Tears immediately filled my eyes. Because more than anything in the world that’s what I want for our 4 boys. To know who they are. To be fully themselves. To be truly alive and absolutely free. And then to live the life that is only their’s to live.

There is this great story in Matthew chapter 3 where Jesus walks down to the Jordan River to be baptized by John. When he came up out of the water he heard a voice from heaven say, “This is my dearly loved Son, who brings me great joy.”

And literally right after this Matthew writes, “Then Jesus was led by the Spirit into the wilderness to be tempted by the devil” (emphasis mine). Right after he heard his Father’s voice he was led to be tested. His Father’s timing was perfect.

Now part of what’s so compelling to me about this story is that Jesus hadn’t really done anything yet. You know what I mean? We know actually very little about his life up until this point. But he hadn’t performed any miracles yet, hadn’t healed anyone yet, hadn’t suffered and died yet. This was before all of that.

So this is how I read it… Jesus came out of the water and heard his Father say, “Jesus, before you are tested, before you step into your ministry on earth, before you do anything at all I want to remind you of who you are. You are MY son. I am so proud of you. I could not possibly love you any more. So now go and live not trying to get my blessing. Live out of knowing you already have it. Live fully and passionately out of who you are.”

When coach Mitch told my son, “quit trying and just play”, he was fathering my son in that moment. He had coached Leif for several years and here’s what he was saying, “Leif, I know who you are. I know what’s inside of you. So let me remind you how deeply I trust that. Don’t try and win this game. Just be yourself, trust yourself, trust your team and then play with your whole heart. Win or lose that doesn’t matter. Just play.” It was then and only then that he pitched and played not out of what he was supposed to do but out of who he already was.

William Paul Young (the author of the Shack) once said, “God is not in the work of healing you so that he can use you, but so that he can release you to play.” See Leif was doing the right thing, but just doing it in the wrong way, from the wrong place. He was mechanically sound but was also being tested under pressure and in order to “pass the test” his heart needed to be released to play. And in order to do that, he had to be reminded of who he was. And that my friends makes all of the difference in the world.

I don’t know all of you reading this blog. But I know many of you. And I know some of you deeply. And for most of you, you’ve never ever had a father look you deeply in the eyes and into your heart as tears well up in his say, “I love you so so much. I am so proud to be your dad. I am so proud of who you are. YOUR life brings me such deep joy.”

If you’d hear that in your soul just once, just once it would change everything for you. And I’m telling you with every ounce of energy, belief and passion that lives within me that THAT is what your Father is saying to you right now. Believe the gospel.  And then live. Be free. And just play.